Tuesday is spay day for my dog Cami (the fuzzy white critter in the picture). She doesn’t realize it, but I’m doing her a big favor. A lot of myths surround the subject of spaying and neutering pets, and probably the biggest myth is that getting an animal altered is bad for the animal. This is simply not true. Once Cami is spayed she can’t get uterine or ovarian cancer and the possibility that she’ll get breast cancer is greatly reduced. Another myth is that it’s good to let her have one litter of puppies before getting her spayed. Medical research indicates the opposite: females that are spayed before their first heat cycle are typically healthier. Some people also suggest that spaying Cami will make her "fat and lazy." However, the only thing that will make Cami fat and lazy is if I feed her too much or don’t give her enough exercise. Many people also think that spaying is expensive. But it doesn’t have to be. The vets in this area offer low-cost spay neuter services and the Panhandle Animal Shelter has cost-assistance programs as well. All you have to do is call.

Spaying is a one-time cost that is minuscule when compared to the cost of providing care for a mother and a litter (or litters!) of puppies. Plus, that "just one litter" contributes to the problem of pet overpopulation. Even if you find homes for the puppies, those puppies produce puppies and the problem grows exponentially and quickly. In six years, one female dog and her offspring can be the source of 67,000 puppies. The entire population of Bonner County is only about half that, so it’s easy to see why pet overpopulation is such a problem. There really aren’t enough homes for them all. So, Cami is being spayed on Tuesday not just because it’s good for her, but because it’s the right thing to do. 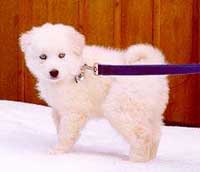